Trivial Pursuit is a board game that has been around for decades. The game was a smash success, so the first version was just the starting point! Several dozen editions of Trivial Pursuit have come out since its launch in 1983, with new versions coming out every year. If you ever get bored with your same old Trivial Pursuit board game, you can choose another one from a wide variety of editions.

We prepared an overview of all the newest additions to the Trivial Pursuit family. Whether you’re a newbie or a seasoned trivia whiz, you’re guaranteed to enjoy these recent versions of the iconic game! 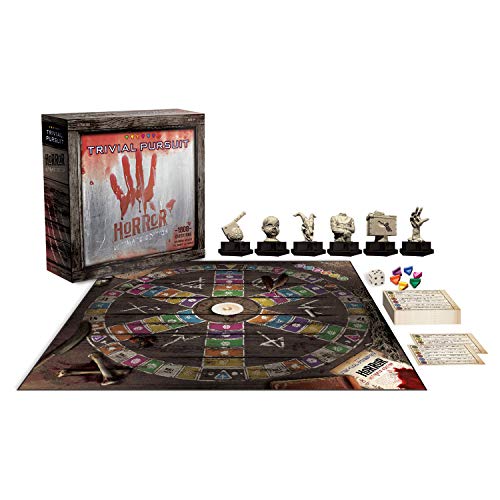 The newest edition of Trivial Pursuit, Trivial Pursuit Horror Ultimate Edition, came out in 2020. As if the year itself has not been scary enough, the brand wanted to scare its followers even more with some horror trivia!

The game comes with 1,800 questions about classic horror movies and books. Trivial Pursuit put a horror twist on the questions with the following categories: Gore & Disturbing; Psychological; Killer; Monster; Paranormal; and Comedy. Clearly, this edition is not for the faint of heart!

True fans of the genre will definitely enjoy the custom movers inspired by your favorite horror movies. The set includes a Monster Hand, Doll Head, Straitjacket, Goat Head, and more spooky playing pieces. Naturally, the game is not suitable for children under the age of 17, so hide your impressionable offsprings!

Those of us who are not big fans of horror will never understand how this game received so much praise in its first year. The truth is, the questions present the perfect balance of fun and challenging, but only true horror fans can appreciate them. Needless to say, if you don’t consider yourself a horror movie whiz, this game is not for you. The questions will simply be too difficult, which is one of the most annoying things a trivia player can experience.

People love tough questions, and Hasbro picked up on that after receiving numerous complaints about some games being boring. People also love new things, almost as much as they love the good old days, so a game with all new questions about old and current horror movies and books is a win-win.

That being said, think twice before you order Trivial Pursuit Horror Ultimate Edition. Netflix’s Stranger Things Back to the 80s Edition is definitely a more family-friendly and inclusive option. Keep reading to find out more about it. However, if you’re a diehard horror fan, then there is no better trivia game for you! 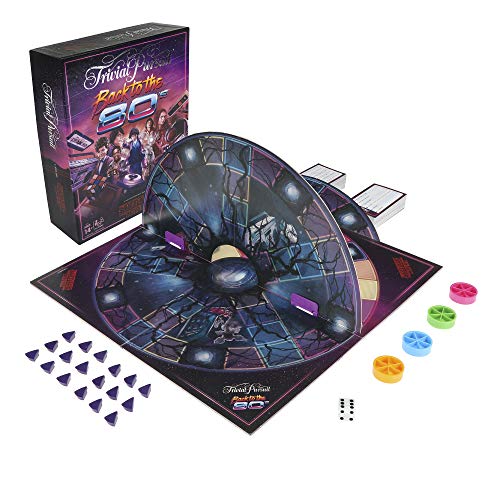 This edition of Trivial Pursuit came out just last year, in April 2019. Trivial Pursuit’s new edition is called Trivial Pursuit Netflix’s Stranger Things Back to the 80s Edition. The game is meant for both teens and adults. It is advertised as a party trivia game that is best enjoyed in big groups. Stranger Things may feature young children, but this game is not meant for kids under the age of 14. It can be played with up to 4 players or teams.

As you can tell by the name, the theme is the famous Netflix original TV show Stranger Things, which is set in the 1980s. The aforementioned decade is coming back to our cultural zeitgeist in a big way. You can see this reflected in current fashion trends, television shows, design, and other areas of life and culture.

The game has questions about the show Stranger Things, as well as the 1980s, including the decade’s culture, personalities, trends, and events. For young adults, the show is a gateway to the time of their parents’ youth. Combining a fan favorite show from a popular streaming portal with nostalgia and longing for the past was an excellent move on behalf of Hasbro and Trivial Pursuit! Crossover marketing at its finest.

You might be wondering, why did Hasbro feel the need to release this edition of Trivial Pursuit? The company was betting on the feeling of nostalgia many people get for the 80s, particularly Gen Xers. The era has become nostalgic and romantic for younger people too, as they are getting to experience it through television shows. It seems to be the perfect formula to connect with every generation!

Another fun fact is that the very first edition of Trivial Pursuit was released to the public in the 1980s! In a way, this edition must be especially dear to all the original fans of the game that experienced it back then.

The game includes a special portal to the Upside Down for all Stranger Things fans. Players can end up in that scary and morbid place, much like their favorite Stranger Things characters. Out of the 1,500 questions split among 6 different categories, the show actually only occupies one category. The others are: Movies; TV; Music; Famous People and Events; and Trends, Tech and Fun. You’ll also be taken back to the 80s with the bright neon colors and thematic design.

Trivial Pursuit Netflix’s Stranger Things Back to the 80s Edition was met with great enthusiasm from both trivia and 80s lovers.

Trivial Pursuit Netflix's Stranger Things Back to The 80s Edition: Adult and Teen Party Board Game
$109.95
Buy on Amazon

What is the newest Trivial Pursuit Genus edition? 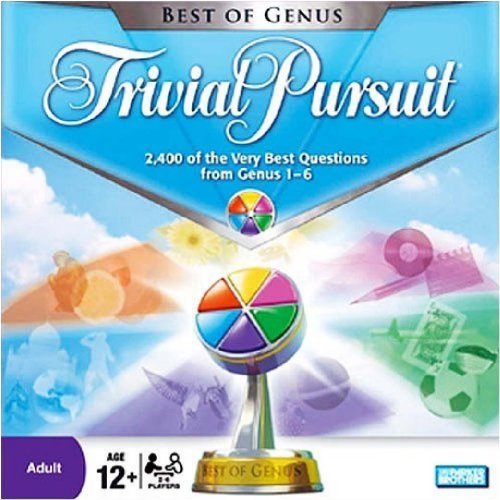 This edition is quite sentimental, as it came out the year that Trivial Pursuit celebrated its 25th birthday. All the questions were chosen from Genus editions 1-6. The categories are:

Trivial Pursuit Best of Genus Edition Board Game really does have the best questions you can find from Trivial Pursuit. Unless you’re looking for a specific edition with a niche theme, this is a great purchase! 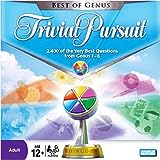 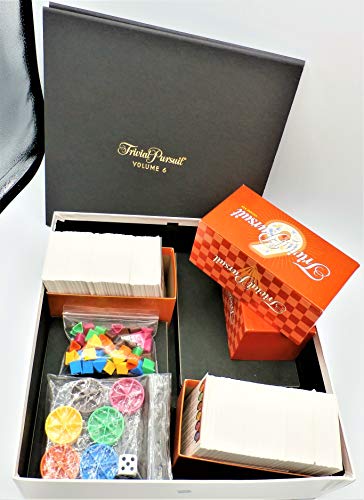 Trivial Pursuit: 6th Edition Trivial Pursuit Genus came out in 2006. To our surprise, it was not met with overwhelming support from customers and trivia lovers. Many reasoned by saying that Trivial Pursuit had been around for decades, and this edition didn’t bring anything new to the table. The brand stuck with the classic categories:

At this point, Trivial Pursuit: 6th Edition feels rather dated. The questions are too old for this generation of players, but not old enough to be retro. If you’re looking to invest in the latest edition of the classic Genus, this is it. However, if you’re happy with your current Genus, there is no need to splurge on this one. It will be great for those who never experienced Trivial Pursuit, but it’s not nearly as interesting and intriguing as all the specialty editions of the game. 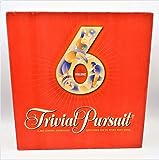 As you can see, Hasbro really stuck to the main theme here!

Bite-sized editions usually come with 600 questions and a die. Some editions even come with a cheese wheel, but not this one! You can play the game on its own or use the cards with a game board, provided you already have one.

If you’re planning on using this edition as a travel version of the full-sized game, here’s how you can do so:

The die included in the set is color-coded, with each color representing a category. The color that the die lands on will tell you which question you have to answer. Instead of gathering all of the wedges of the pie as you would in a regular game of Trivial Pursuit, players must answer 12 questions correctly or collect 6 cards to win.

It’s been a full 12 years since we saw the last Genus edition. Will we ever see another one again?

Trivial Pursuit continues to surprise us with new and updated themes and categories. This time, Stranger Things fans are in luck, as the newest edition was made for them. The theme is fairly specific, so unfortunately it’s definitely not for everyone! If you aren’t obsessed with the 1980s and don’t really like the show, I wouldn’t worry. You’ll find your niche somewhere among the massive amount of different Trivial Pursuit offerings!

Let us know how you feel about this version of Trivial Pursuit! Would you buy it? If you already did, then tell us if you liked it. Let us know in the comments if there are any other editions you would like to learn more about, and we promise to deliver!

Players
2+
Ages
17 and up
Number of Questions
1,800
Price
$47.69
Prime
Buy on Amazon
Name
Trivial Pursuit Netflix's Stranger Things Back to The 80s Edition

Looking to find out what the latest online versions are? Check out our article here about Trivial Pursuit apps available on different platforms.