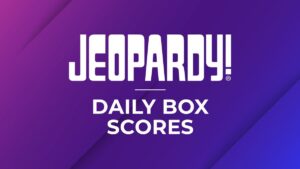 Jeopardy! has been a fan favorite trivia television game show for decades. It can be compared to a televised sports tournament in terms of fandoms and interest generated by the public. An element that adds to that analogy is box scores. Jeopardy! has adopted box scores to summarize the results of the competition and show the […]