Trivial Pursuit has been with us for decades (since 1981, to be exact!). You probably remember finding an edition under the tree on Christmas morning as a kid or playing with your friends in middle school. Trivial Pursuit will forever stay in our hearts, no matter how old the original game gets.

We could go on and on about how great Trivial Pursuit is. The truth is, it will always stay in our board game collections, and the original Genus will forever be one of the best of all time, but sometimes you need to spice things up a bit. When Trivial Pursuit gets boring, we recommend you try out a different trivia board game with similar gameplay. Who knows, maybe that’s just the thing you need to get you excited about trivia again!

You will have a lot of fun choosing the right game for you. Each game on this list is unique in its own way. They are all fun and so different, while maintaining some classic elements of Trivial Pursuit gameplay.

It’s hard to pick the best fun alternative to Trivial Pursuit, but we have to. For the sake of the argument, it will have to be the first game on this list—Bezzerwizzer. Bezzerwizzer is an excellent alternative to Trivial Pursuit that invites players to get into teams and test their knowledge in 20 different categories. You don’t have to scroll too far to learn more about it. Just keep reading! 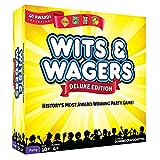 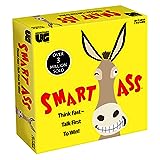 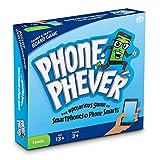 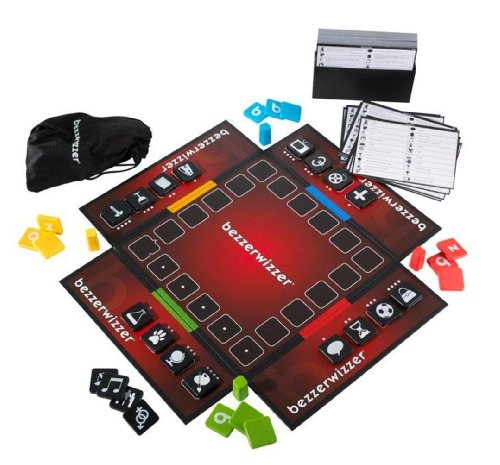 Bezzerwizzer is often compared to Trivial Pursuit, though it actually has very distinct features of its own. The game originated in Denmark, hence the name. In translation from German, the word actually means something like “know-it-all,” which is perfect for all Trivial Pursuit players! Jokes aside, Bezzerwizzer fits in this category of games because it requires players to answer trivia questions and move around the board.

Bezzerwizzer features other elements that are unlike any regular game of Trivial Pursuit. For instance, the game requires players to get into teams, which significantly speeds up the gameplay. The game is played in rounds. Each round, each team has to draw four categories out of 20. You then get the chance to answer questions and move around the board if you answer correctly. The fun begins when you can swap categories with other teams and steal questions from your opponents.

There is a more significant element of strategy to Bezzerwizzer than Trivial Pursuit. If you’re looking for a game that will challenge you mentally, this is a great option. The challenge doesn’t lie so much in the actual questions, though. You don’t need to have a lot of trivia knowledge to play and win. The US version of the game offers a whopping 3,000 questions in 20 different categories. The abundance of categories makes the game more diverse and inclusive for a wide range of players. 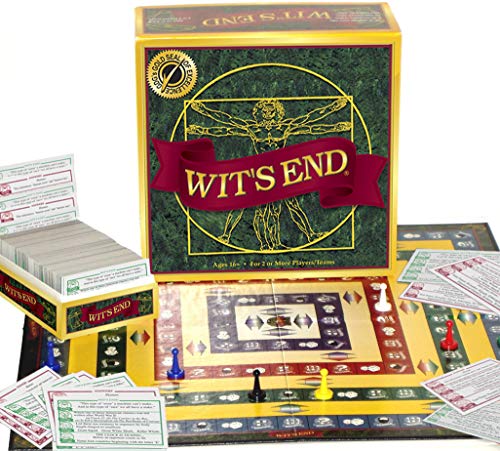 Wit’s End has virtually the same gameplay as Trivial Pursuit. You answer questions and move along on the board to reach your final destination and win. Naturally, the first player to reach the end of the board wins the game. Much like with Trivial Pursuit, the last square is actually in the center of the board, so all players are invited to make their way inwards. Roll the die, answer questions, and move your token on the board.

The questions are not as difficult as those in Trivial Pursuit Genus, but they are rather similar. While Trivial Pursuit tests how book smart you are, Wit’s End tests your wits. In other words, you’ll encounter more questions than the answers to which you just know, without any real explanation. One thing that makes the game quite difficult is that you get demoted if you answer incorrectly. Thus you have to work twice as hard to compensate for your mistakes.

Just like Trivial Pursuit, the game is about an hour long. This is a great substitution for those who are tired of Trivial Pursuit’s questions. Wit’s End features a variety of question types, such as Teaser, Odd1Out, Sequence, and Wild Card. Wild Card features a number of different subcategories, like Brain Trivia, True of False, and Matching Pairs. Sequence invited players to list items. Odd1Out asks you to point out the item that doesn’t belong. Teaser is full of fun riddles. 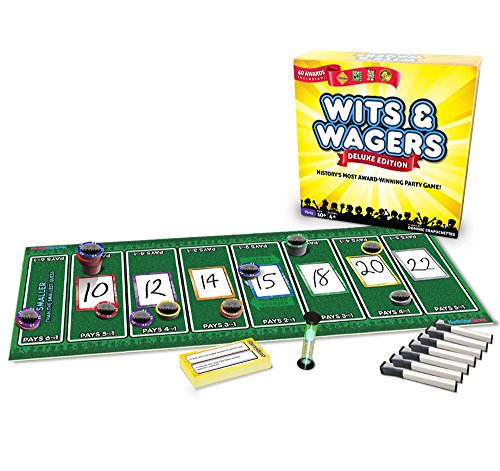 If you’re looking for a general knowledge trivia game like Trivial Pursuit, Wits & Wagers is the right call. Much like classic Trivial Pursuit, this game offers fantastic general knowledge trivia for players from the age of 10. The wide age range is very inclusive, even more so than standard Trivial Pursuit games. Another thing players will find exciting is that the average game can be as short as 25 minutes. It’s the perfect time frame for those who get bored easily. At the same time, you can continue playing again and again if you enjoy the game.

One major difference between Wits & Wagers and Trivial Pursuit is that Wits & Wagers features a gambling element. Players get to bet on the answer that they think is closest to the correct one. It could be your own answer, or it could be someone else’s. You don’t have to rely purely on your knowledge of random trivia facts. You can win by betting on your friends.

This game is similar to Trivial Pursuit: Bet You Know It, where players get to bet on whether or not their friends know the answers. Though the games are quite different, they still have a similar concept. If you’ve tried the Trivial Pursuit version and liked it, you are guaranteed to enjoy Wits & Wagers! Wits & Wagers comes in different editions. Each features unique elements of its own. Browse through the games to find the one that suits the occasion best. 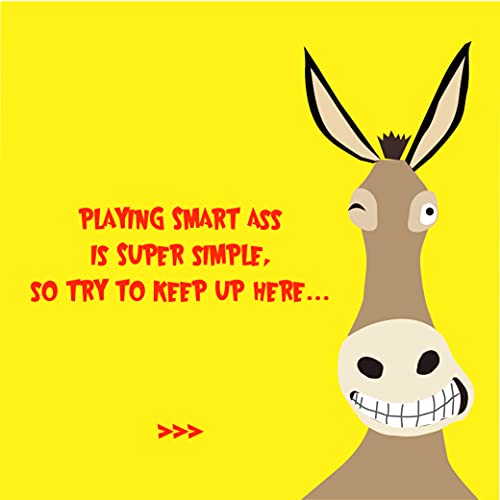 Smart Ass resembles Trivial Pursuit visually, but the game itself follows a different rhetoric. The similarity between the two lies in the game board. Players have to follow the circular track to get to the final square. Naturally, the first person to reach the finish line wins. The game is suitable for players from the age of 12, so it’s quite inclusive. You can only assume that there are no controversial questions, since children are invited to play too.

The game board comes with a deck of cards. On these cards are questions. Well, kind of. The cards feature descriptions of items, one item per card. Your opponent reads them out in a sequence from most difficult to easiest. While that’s happening, you have to guess the item they’re describing. It’s not exactly trivia, but it’s an excellent substitute for trivia and no less fun than Trivial Pursuit.

In this game, you want to be called the smart ass. That’s the general goal of most trivia games, so Smart Ass is not too far off. This is an interesting take on trivia board games. Smart Ass has the board element, but the trivia is upside down. The items are usually quite simple, which allows children to join in on the fun. However, it’s a challenge to guess the item from the first description. Perhaps, it could be a challenge you would enjoy. There’s only one way to find out!

University Games Smart Ass The Ultimate Party Game for Families and Adults Ages 12 & Up, The Perfect Tabletop Trivia Game for People Who Hate Waiting Their Turn!
$16.59
Buy on Amazon 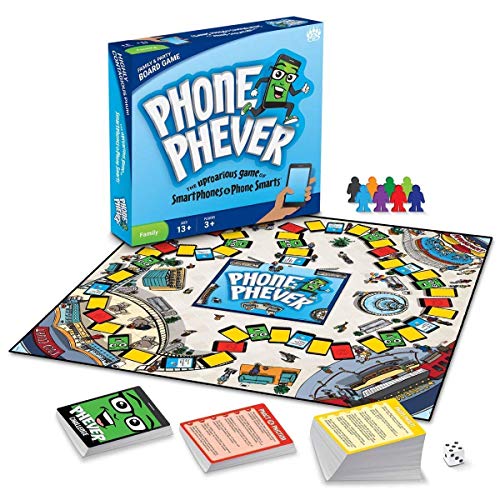 While most board games are centered around getting your kids away from their phones, Phone Phever actually encourages phone usage. This unusual game is perfect for teenagers who cannot get off their phones, and their parents who just want to spend some quality time together. Trivial Pursuit might not be reason enough for the youngsters to get downstairs and play a game with their families. Maybe Phone Phever will do the trick!

Much like Trivial Pursuit, this game includes six categories of trivia: music, movies, TV, history and technology, law and politics, and the rest of Western pop culture. Right off the bat, we see that the categories are centered around pop culture rather than things you could learn in school. That will definitely get your teenage children going more than the geography and literature categories in Trivial Pursuit. Besides questions, Phone Phever also features challenges. You could be asked to type something using only your nose, for example.

As you already gathered, the game involves phones. That’s right, players are asked to answer questions alone or with the help of Google. If all the players are tech addicts, Phone Phever becomes a game of who can Google something faster. At least you get to do it together with your friends or family, right?

So, how is it similar to Trivial Pursuit? The game board, of course! Players get to move around the board until they arrive at their final destination in the center of the board. The first one to get there is the winner. Phone Phever is a suitable game for those who want to get a little bit further away from their roots (those being Trivial Pursuit, of course) and explore new genres of trivia. It is still a trivia board game, but it’s more entertaining for the younger generation. The ability to use phones keeps the gameplay short and sweet, so nobody can get bored.

Each and every one of these games is so unique and special that picking the best game becomes absolutely impossible. At the same time, because they are so different, you can easily identify what you do and don’t like. For instance, if you don’t like smartphones and don’t think they belong in board games, don’t go for the last game on the list—Phone Phever. On the other hand, if you are not the biggest trivia buff or simply want to appease your teenage daughter who won’t get off her phone unless she’s in the shower, go for Phone Phever!

A great advantage of Phone Phever is that it features quick gameplay. Nobody will have enough time to get bored. If you suffer from a short attention span, you will also enjoy Wits & Wagers and Bezzerwizzer. All three games are quite fast-paced and raunchy. Beside the obvious trivia element, they all require some extra strategy on your part. Bezzerwizzer is extra special because it invites players to split into teams. While any game on this list can be played in teams, Bezzerwizzer should be your pick if you intend on always playing in teams.

Finally, Smart Ass. There is a very specific market for that game, and that is people who don’t enjoy trivia that much. It’s a bit more of a guessing game with some elements of trivia, but not too many. If you have grown really bored of trivia and are looking to ease back into it, Smart Ass might just be your way in. Plus, you can play with people from all age groups.

Have you tried any of these games? Which one is your favorite? Which game do you think is the best alternative to good old Trivial Pursuit?